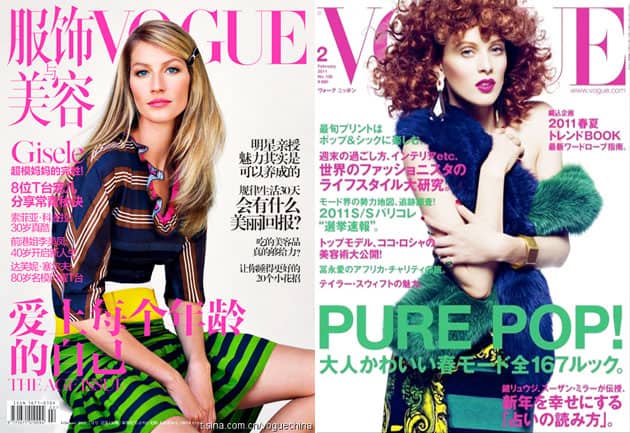 Karen Elson, rather coquettishly, wears a banana print strapless dress (seen on Eva Mendes a few months ago) and colorful fox fur stoles (why, why all the fur) on the cover of Vogue Nippon February 2011. While a more serious and glum looking Gisele Bundschen wears a stripe print top and skirt combo on the Vogue China February 2011 cover.

My vote is for Karen Elson and Vogue Nippon. Who does it better in your opinion? 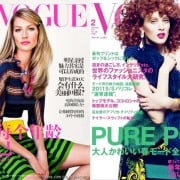 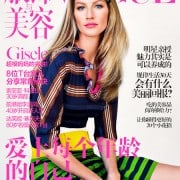 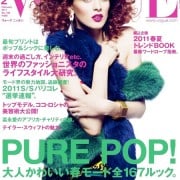