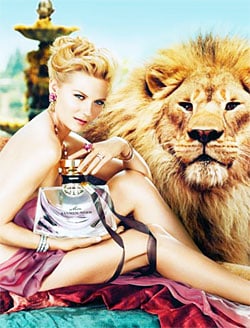 In a transaction totaling at $6.01 billion, LVMH acquired a 50.4 percent stake in the Italian jewelry brand Bulgari. Also a family owned company, the Bulgari clan, unlike Hermès, welcomed the LVMH deal, realizing the growth potential for the brand.

The deal, in fact, works out perfectly for both parties – significantly increasing LVMH’s jewelry division and giving Bulgari capital and means to expand it’s product categories. Despite starting out as a jeweler, Bulgari now also has handbags and just a few weeks ago announced a new fragrance Mon Jasmin Noir.

Interestingly enough, because the acquisition was partially paid for with LVMH’s shares, the Bulgari family will now become LVMH’s second largest shareholder, right after Mr. Arnault himself.

Francesco Trapani, Bulgari CEO and family member said of the deal, “Our entrance into LVMH will allow Bulgari to reinforce its worldwide growth and to realize noteworthy synergies, in particular in the areas of purchasing and distribution. My vision is that the luxury market will continue to grow in the next 10 years, become progressively and increasingly more competitive, and in more geographical areas. We need to be more competitive in new areas, from Russia to China, India and the Middle East, to prosper.”