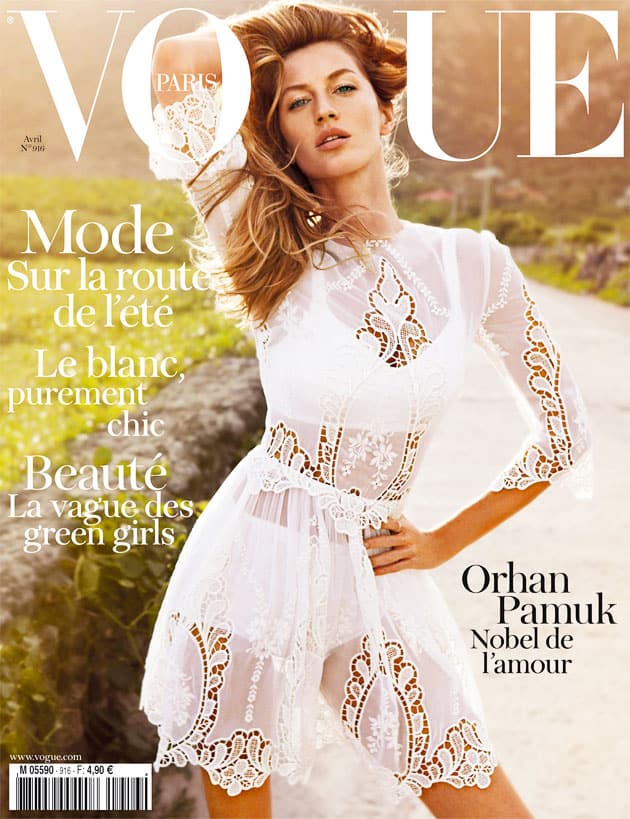 I was hoping Emmanuelle Alt would continue Bündchen’s recently found edginess from Balenciaga Spring 2011 campaign, unfortunately that was not the case. Emmanuelle Alt’s first ever Vogue Paris cover will forever be remembered as vanilla.

What do you think about the cover?